Rinder: The Lady-Killer
Why bother attacking a guy when you can slap women around? 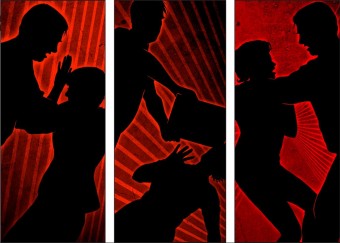 “Mike then came directly over to me, grabbed me by both arms and shoved me which nearly knocked me down.”

The above is exceedingly telling. Because it doesn’t come from Rinder’s wife, Cathy, whom he recently abused in exactly the above-stated manner. (See Mike Rinder: A Walking “Hate Crime.”) No, it came years earlier, from Amy Scobee—then a Church staffer, now part of the apostate “posse” Rinder rides with. She is also one of Anderson Cooper’s hand-picked sources—one of those who corroborate each other’s stories. Then again, it’s even more telling in light of the fact that brutally grabbing women by the arms (which Rinder had done to his wife and then lied about to the police and press) is a standard Rinder M.O.

When Mike Rinder’s physical attacks became public knowledge, a veil was lifted on a well-hidden history of violence directed at women.

While Scobee appeared on AC360 to “corroborate” tales of Rinder being the target of abuse, she neglected—willfully—to tell Cooper that she, herself, had been attacked by none other than Rinder. While if only to compound lie upon lie, Cooper was provided with all pertinent details, but he too neglected—willfully—to ask about it.

Nonetheless, following stories in the S.P. Times, when Mike Rinder’s physical attacks became public knowledge, a veil was lifted on a well-hidden history of violence directed at women. Consequently, those who had suffered his abuse in the past suddenly came forward to tell their stories. Here are but a few.

>>FEMALE VICTIM 1
“I knew he was going to hit me, so I put my hands over my face. He grabbed me by the shoulders in a very strong, tight and painful grip (squeezing my shoulders very hard) and began shaking me violently, toward him and away from him, back and forth rapidly... He kept on shoving me back and forth and then, on a back shove, threw me against the wall hard enough that it hurt my rib cage, knocked the breath out of me and I bounced off the wall.”

>>FEMALE VICTIM 2
Some years later, and well away from witnesses, another incident occurred:

“He placed both his hands on an 8-by-11-inch wooden clipboard he was carrying, did a half turn, swung and hit me on the side of my face with the clipboard, using the full force of his body… I developed a severe toothache. The pain became quite excruciating. The dentist…found that it had been cracked and had to be removed.”

>>FEMALE VICTIM 3
Then there was the case of a woman who inexplicably left the Sea Org some years ago, much to the dismay and surprise of those with whom she worked. Today, her reason is abundantly clear, as the following was submitted to the Church after she had read of Rinder’s other transgressions:

“I needed financial approval to purchase something, but I was worried as I had been told in the past that Mike Rinder would not approve this type of purchase. I mentioned my concern to a colleague as to whether or not Rinder would approve the request, but I was advised to make the request and turn it into Rinder anyway, which I did...

“He came out into the hallway, walked right up to me and physically slammed me against the wall. He used his right forearm up against my chest and moved toward my throat in a choking position, my head was pinned against the wall and I was desperately trying to get him to move his arm down by pulling down on his forearm with my two hands… Rinder never apologized for that incident, for slamming me against the wall, for upsetting me or anything. That was the beginning of my thinking about leaving..."

Rubbing salt into the wound, when asked by a tabloid reporter from the S.P. Times to comment on the aforementioned abuse, the newspaper nonchalantly published his non-denial which consisted of Rinder simply stating he didn’t “recall” the incident.

What would one expect from Rinder? It takes a man to admit when he’s done something wrong.