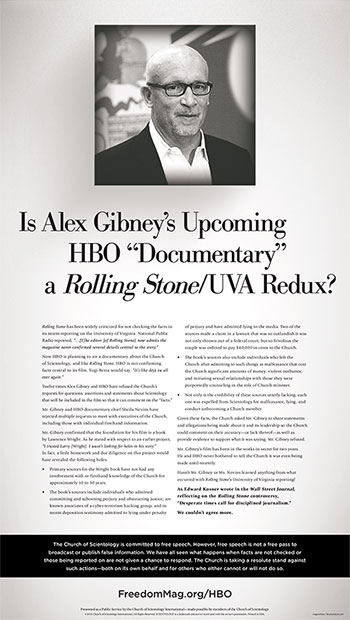 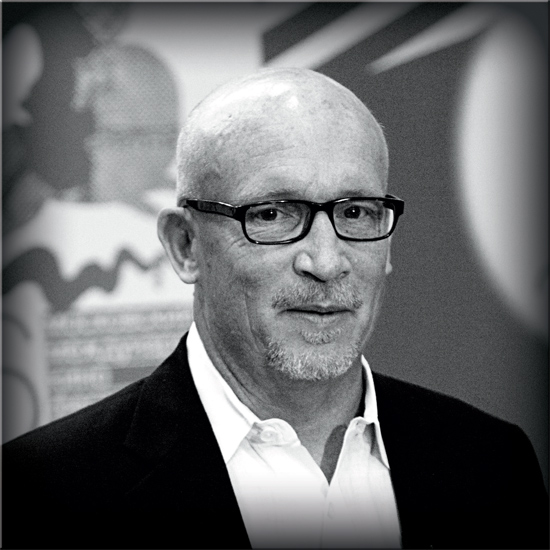 Rolling Stone has been widely criticized for not checking the facts in its recent reporting on the University of Virginia. National Public Radio reported, “…[T]he editor [of Rolling Stone] now admits the magazine never confirmed several details central to the story.”

Now HBO is planning to air a documentary about the Church of Scientology, and like Rolling Stone, HBO is not confirming facts central to its film. Yogi Berra would say, “It’s like déjà vu all over again.”

Twelve times Alex Gibney and HBO have refused the Church’s requests for questions, assertions and statements about Scientology that will be included in the film so that it can comment on the “facts.”

Mr. Gibney and HBO documentary chief Sheila Nevins have rejected multiple requests to meet with executives of the Church, including those with individual firsthand information.

Mr. Gibney confirmed that the foundation for his film is a book by Lawrence Wright. As he stated with respect to an earlier project, “I trusted Larry [Wright]. I wasn’t looking for holes in his story.”

“I trusted Larry [Wright].
I wasn’t looking for holes in his story.”

In fact, a little homework and due diligence on this project would have revealed the following holes:

Given these facts, the Church asked Mr. Gibney to share statements and allegations being made about it and its leadership so the Church could comment on their accuracy—or lack thereof—as well as provide evidence to support what it was saying. Mr. Gibney refused.

Mr. Gibney’s film has been in the works in secret for two years. He and HBO never bothered to tell the Church it was even being made until recently.

Hasn’t Mr. Gibney or Ms. Nevins learned anything from what occurred with Rolling Stone’s University of Virginia reporting?

The Church of Scientology is committed to free speech. However, free speech is not a free pass to broadcast or publish false information. We have all seen what happens when facts are not checked or those being reported on are not given a chance to respond. The Church is taking a resolute stand against such actions—both on its own behalf and for others who either cannot or will not do so.

Read the letters from the Church of Scientology International to Alex Gibney and HBO:

MEDIA & ETHICS
Subscribe for Updates
You are subscribed!
Follow us:
©1996-2022 Church of Scientology International. All Rights Reserved. Freedom is a trademark and is used with its owner’s permission.