A LIAR IS A COWARD; A PERJURER IS A CRIMINAL:
The Rathbun >> Rinder >> DeVocht Conspiracy
and how it led to their downfall
(continued)

ENTER THE PRESS
(AND AN APOSTATE “MEA CULPA”) 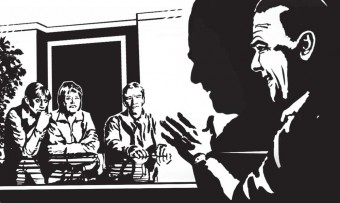 Rathbun further admitted he was the one who suborned perjury, forcing witnesses to lie.

And who better to hear that story than the very same press, the S.P. Times, who had so wished for it to result in the destruction of the Church? In fact, the very same press—indeed, the same reporter—who had repeatedly taken spokesman Rinder to task for the lies told to law enforcement?

So what was the answer and who had done it?

It was a story the S.P. Times had no need to fact check. Because their suddenly “star” sources for a scandalous story about the Church and its leader confessed that it was themselves—the “Posse”—who had committed the crime.

For the first time ever it was revealed:

Childs and Tobin
destroyed any
appearance of
objectivity. And
once it was done,
even the S.P. Times
editorial staff
wanted to spit
in their face.


Tobin and Childs were in paroxysms of glee over the Rathbun, Rinder and DeVocht confession. But it came at a price. Namely the death of any remaining integrity or ethics they had as journalists.

Even though they had finally discovered who had committed the greatest lie of all, suborning perjury, they were now to give those perjurers a platform to vent about the very person who—discovering only a fraction of what they’d done and now confessed—had removed them.

The fact that Rathbun admitted that he, Rinder and DeVocht had suborned perjury and obstructed justice—after the statute of limitations had expired, thus precluding criminal prosecution and jail time—apparently did not matter. After all, Tobin and Childs had in previous years printed enough anti-Scientology vitriol to fill a book. 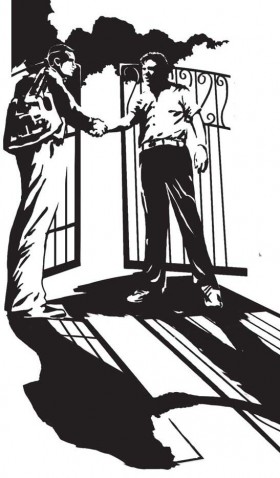 Finally, there was the answer to why Rinder shook DeVocht’s hand upon DeVocht’s cowardly departure those many years earlier, and Rinder’s bizarre friendship with Rathbun, even after Rathbun almost killed him:
Rinder was in on it the whole time—
DIRECTING THE ENTIRE THING.

Besides, Tobin and Childs felt confident in another regard. They knew Mr. Miscavige rarely gave interviews and would likely decline their request to do so—at which point they could print the latest self-corroborated lies by the self-admitted perjurers with a tacked-on, “Mr. Miscavige refused to comment.” (So the betrayal wasn’t merely those who were busted—Rathbun, Rinder and DeVocht. It also included S.P. Times reporters Tobin and Childs. They well knew, from his 1998 interview, that Mr. Miscavige was the only person ever truthful to them. They further knew they hated Rinder prior to the Miscavige open-access interview. As for Rathbun, they would have never met him were it not for Mr. Miscavige [who the Times now knew was unaware of Rathbun’s crime at the time Rathbun was introduced to them]. And DeVocht? Yes—Mr. Miscavige’s introduction too. Nobody in the Church, not even the corrupt trio, ever considered Tobin and Childs to be ethical or honest. They merely knew Mr. Miscavige was—and so even the likes of Tobin, Childs had no choice but to be impressed. After all—he was no Rinder—a man they, again, despised.) Childs and Tobin destroyed any appearance of objectivity. And once it was done, even the S.P. Times editorial staff wanted to spit in their face.

Because as it turned out, however, just as in 1998, Mr. Miscavige did indeed agree to be interviewed. Moreover, he told Childs and Tobin, in writing, that he would “provide information annihilating the credibility of your sources.”

What had served for anti-Scientology fodder in literally hundreds of articles and editorials, between 1997 and 2004, was now brushed aside as a “tsk-tsk” because the perjurers were now suddenly on the Times anti-Scientology team.