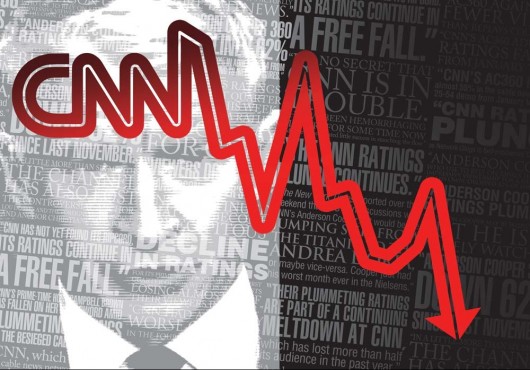 If you would like to know why the network that calls itself “the most trusted name in news” is the least trustworthy, Freedom Magazine brings you, in living color, what Anderson Cooper refused to show.

With the ratings for Anderson Cooper 360 in a free fall over the past year and rumors rampant he is bailing out for another network, CNN had one final act of desperation up its sleeve.

CNN became the latest media outlet to buy into the increasingly over-the-top, bizarre tales spread by four admitted liars leading a self-proclaimed “Posse” of expelled former Church of Scientology staffers. Their yearlong orchestrated campaign exploits the media to run stories which attack their former Church, attack their former friends and even attack their own families—parents, wives and children. It’s all part of an effort to aggrandize themselves and make money by promoting everything from their self-published rants to their perverted style of psychological counseling and “deprogramming.”

In doing so, the once-great network—that nearly 20 years ago set the standard for journalism during the Persian Gulf War—broadcast five nights of so-called reports on the Church of Scientology, becoming the mouthpiece for a criminal group of cyberterrorists. It used salacious, false allegations to try to salvage a program whose ratings have been so anemic that at times only about a half-million viewers tune in—roughly the population of a mid-size city.

Far from conducting an actual investigation, CNN was simply the latest stop on the “Posse’s” anti-Scientology media tour. There was literally no original reporting—just a regurgitation of long disproven allegations that sourced from the Internet, and which dozens of outraged Church officials refuted with statements sworn under oath. This should have raised the antenna of any seasoned journalist, especially one who portrays himself as a skeptic, as Anderson Cooper does.

Yet in Cooper’s desperation to hold together his already band-aid-laden “investigation”—given one allegation after the next was shredded by documented evidence the Church provided—he chose to stop even informing the Church of the allegations. Specifically, after demanding and conducting an interview with a Church spokesman in July 2009, Cooper thereafter refused to ever again speak to any Church official. He also refused to provide any further specifics on allegations made about the Church and likewise refused to interview Church officials on two occasions—in New York and Los Angeles—including the so-called “victims” of the allegations.

Only after Church officials traveled to CNN headquarters in Atlanta and convinced CNN Corporate to force Cooper to interview them, did any such interview occur. Yet still, Cooper refused to provide specifics of allegations being made, all to ensure there would be no response to the lies Cooper admitted could not be substantiated with any proof.

And so we get:

Then again, how else does one explain that the show was so obviously problematic to CNN its airing was put on hold in November 2009? Or the fact that it was suddenly pulled out of mothballs in March 2010 without a single communication to the Church in all that time?

Investigation? Cooper never once stepped foot in a Church and the sensational allegations he presented were taken from interviews recorded almost a year before broadcast.

But most damning to any remaining credibility Cooper may have had, is when he told his audience he was presenting the results of a “nine-month investigation.” Investigation? He never once stepped foot in a Church and the sensational allegations he presented were taken from interviews recorded almost a year before broadcast. So Freedom presents what actually happened in Scientology during the nine-month period Cooper claims to have spent “investigating.” (Watch the video: Anderson Cooper’s Definition of “An Investigation.”)

All of this begs the question, Why did CNN try to ambush the Church in a headlong rush to air anything from a highly discreditable group of sources?

It’s a well-known fact that CNN’s Anderson Cooper and his AC360 are in trouble. “Cooper’s Ratings Crash,” as Media Bistro put it, while the Los Angeles Times said Cooper “continued to struggle big time.” The New York Times noted that Cooper’s viewership is so weak he sometimes loses to reruns on the lesser-viewed HLN and MSNBC networks. But possibly Business Insider answered it best: “In a Race for Ratings, CNN’s Anderson Cooper Goes After Scientologists.”

In fact, the only thing that seems to have mattered was ratings, no doubt an even more urgent priority after viewership for AC360 hit an embarrassing new low. So, in desperation, CNN dusted off the unsupported and stale “investigation” that had sat on a shelf since last year, aired the bitter rants of a handful of disgruntled former staffers—and promoted it as if it was a groundbreaking Edward R. Murrow report. (See A Timeline of CNN’s “Investigation.”) 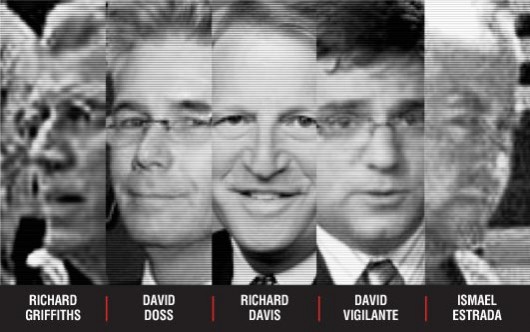 After hearing nothing from AC360 since November 2009 (and conducting only one interview with the Church’s spokesperson, in July 2009), in the last week of March 2010, the Church was hit with an out-of-the-blue CNN press release announcing the series would air at the beginning of the week. A few hours later, the Church’s spokesperson received an obligatory “FYI, the show is airing” e-mail from a low-level CNN producer.

The gist of the message: AC360 is immediately moving from 0 mph to 100 mph on the story without so much as making a phone call to find out if, in the past nine months, any update is needed. CNN’s suddenly aggressive attitude can no doubt only be explained if Cooper’s program is in fact on shaky ground, either because it is starved for viewers or because the rumors are true Cooper may jump to CBS—that is, if they’ll even have him anymore. For while CNN may have caved in to Cooper’s hissy fit over their refusal to air his investigation, when it finally did air, the public tuned out in droves and Cooper’s ratings continue their descent to the center of the earth.