The Confessions of Marty Rathbun
As Told by His Alter Ego 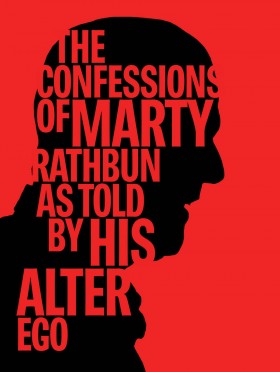 “Oddly enough one of the best ways to detect a Suppressive Person (SP) is that he or she stamps on up statistics and condones or rewards down statistics. It makes an SP very happy…for the good worker to be shattered and the bad worker patted on the back.”

Oddly enough Marty Rathbun freely admits to exactly that: covertly shattering good people, systematically rewarding the bad and otherwise wreaking havoc. That he writes in the third person makes this confession all the more chilling and all the more pathetic; for here is someone who could only cast a fleeting glance in the mirror and even then he couldn’t stand looking for very long. Then, too, here is a psychotic forever wondering which one of them knows, which one of them might find out...which one of them is watching from the other side of the mirror.

In short, here is evil and here is madness.

>>MARTY RATHBUN ON HIMSELF
“Good, fair Sea Org discipline, and LRH justice policies have been undermined by a counter-policy. That counter policy is negotiating with and keeping SPs cooled off instead of dealing with them in accordance with HCO PLs and thus awarding SPs for suppressive acts and protecting them in positions from where they can wreak havoc.

“Recent [investigation] revealed the source of special treatment being given to SPs. It started with Marty Rathbun blowing the Sea Org on November, 1993. Marty took advantage of a number of false reports he had put in place over years giving a false picture as to his role in handling external attacks and the IRS in particular. It was against that false picture of contribution that Marty covertly negotiated a deal to keep his blow quiet and avoid the RPF [Rehabilitation Project Force] in returning to the Sea Org. The web of lies that allowed that arrangement to stay in place is so complex it would take pages to recount. Suffice it to say refer to a passage from Science of Survival:

“Marty then engaged in a campaign to covertly and systematically take out and undermine any  executive or staff who might expose him.”
—Marty Rathbun

“‘At 1.1 truth receives her severest drubbing. For here, truth is confused, upset, used and twisted, hidden for fear somebody may make retaliation, until one understands that data from this level of the Tone Scale has only two purposes: to wreak the most harm upon others and secure the greatest safety for self. Here we have lies used to hide lies amid the most frantic protestations of honesty and a noisy advertising campaign about the ethics of the speaker. Beneath the façade of honor, honesty, ethics and “one’s sacred word,” one is apt to find a writhing cesspool of vicious and malicious lies calculated to do the greatest possible harm.’

“Marty then engaged in a campaign to covertly and systematically take out and undermine any executive or staff who might expose him. He did this through abusing his privilege to act as a security checker in a trainee capacity. He began the out-tech practice of sec checking people with no formal session set up, and browbeating hair-raising confessions out of them. This resulted in the undermine of at least the following executives, [name], [name], [name] and Amy [Scobee]. *

“Marty concurrently subjected the base to widespread suppression by means of giving special treatment to SPs who were under his charge to handle. This has put cross orderers and enturbulative sources into positions from which they wreaked havoc, and it also undermined discipline and policy.

“Marty authorized [name] to destroy several auditors and enturbulate numerous staff in the year 1997. [She] blew after chopping up her fourth auditor. Marty brought her back. He allowed her into the RPF knowing she was not really up to going on the same terms as everyone. He briefed RPF I/C to be careful with her which lead to her being let off the hook when enturbulating others for engaging in destructive programming and correction. This lead to disintegration of discipline on the RPF, lowering of ethics and technical standards, and a failure of the program to graduate volume products. Marty then vouched for her reform and that she was a full product of the RPF, and had her posted as [an executive]. The destructivity of that action has been well chronicled since.

“Marty took over handling of [name] in August 2000. It was evident [he] was enturbulating everyone in sight and defying any and all authority on the base. Marty cross ordered tech and policy and decided to ‘audit out the aberration’ rather than allowing group justice to take its course. [He] was subsequently allowed to chew up auditors and staff members. Marty covertly allowed [name] back on the base without authorization—giving the impression he was authorized at the highest levels. [He] then spent another six weeks systematically enturbulating base staff members. With Marty away from the base, and no longer there to protect [him], [he] blew the Sea Org for good.”

* As it is also characteristic of Suppressive Persons to habitually target the wrong people, it seems Rathbun at least got it inadvertently right when undermining Amy Scobee. A “bad worker” if ever there was one, Scobee was continually on the lookout for that “pat on the back” (if not elsewhere). Although she’s lost some of her vigor, she still serves as the unofficial Gossip Queen of Rathbun’s Posse.